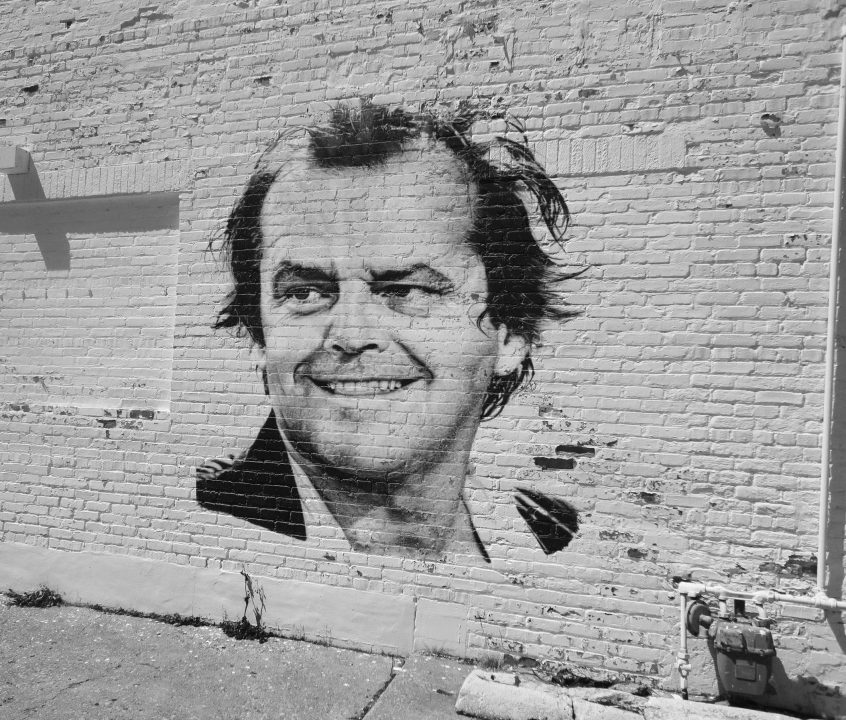 Jack, apparently is back.

If you haven’t heard it looks more than likely that he’s making a comeback and this time with an english language remake of the Oscar nominated German comedy Toni Erdmann.  About to become an octogenarian Jack Nicholson doesn’t want to give up. Hollywood seemed to have crossed him off the list but you can’t take out a Jack from the pack.

For those who are familiar with the actor you’ll probably know that Jacks’ career spans more than half a century and then some. He is the kind of actor that still gains the respect he deserves at his age which is no mean feat and therefore I’d like to dedicate this post to him and how I believe he went about achieving this, so here goes:

Jack joined the Players Ring Theatre and began his acting career in his 20’s. The bug had caught him and he was determined as anyone to make it. it was a time of freshness and discovery of what acting was all about. It was about meeting new people and being inspired by other people’s work.

Jack spent his 20’s and his 30’s acting in films, mostly directed or produced by Roger Corman, known for bringing hundreds of horror, Sci Fi and sundry exploitation films to the screen which eventually became classic cults but at the time, for Jack, didn’t do much to push his career forward.

He made around twenty films, not just as an actor but as a writer, director and producer before he got his break on Easy Riders and although he thought of giving it all up and moving on Jack stuck to his craft.

Jack sought roles of the anti hero. The little guy, who’s moved back, squeezed down by the system, but somehow tries to creep back up, move forward, affirm his life. For him, 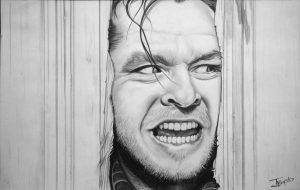 that’s where the vitality and sense of adventure had to come from, that affirmation of basic human values.

The characters that made him famous so far were nothing short of a gallery of flawed men, insecure, drop out, sexually delinquent and cynical all attached to that era of protest and rebelliousness.

he had never had to be handsome or heroic and so in that sense Jack – perhaps because he was a late starter – missed out on the roles of the type that went to the better looking kind and therefore not being especially good looking, he want straight into being a character actor.

Always looking to break new ground Jack performed in a specific sex scene which he showed full frontal nudity and a fairly complete filming of the sex act itself, still unheard of at its time.

In spite of roles being offered with huge money, he insisted that he did not believe that any of them were right for him. He was never a mercenary actor.

For him, the roles which he chose were all about examining events of social consequence.

He had always been open about his life and when his ex girlfriend wanted to put the record straight to the media Jack told her ‘you must do what you have to do’ in the full knowledge that her story could be damaging to his career. 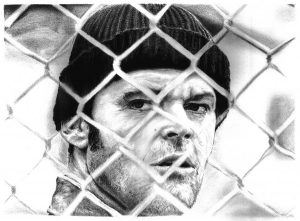 Jack believed in hiding no secrets with the possible exception of the events surrounding his own birth.

He preferred to tell it straight, the way it was, the way he saw it at that precise moment in time, and by refusing to play the hollywood game, he left himself somewhat exposed.

Jack had always been able to play the guy who has this tremendous ability at any given moment to say ‘why don’t you go fuck yourself.’ And that’s what people love about him.

He has rituals, one being a devoted, throaty and passionate fan for his basketball group the LA Lakers. He is their number one fan and has been for a long time. He tries to be an ordinary fan without any pretensions and that means being a highly vocal one.

skiing, playing tennis, watching sports and betting are his major forms of relaxation.

Jack also has a love for reading, he is like an encyclopaedia of culture and history and art.

During the filming of Batman Tim Burton said ‘Jack gave the entire cast the confidence and courage to make this film.’ To watch him work is a pure education in the true art of film making. In an instant he could amend his performance at a particular time to give more menace or less, as directed.

His sex life I will leave to your imagination.

Jack sticks to his friends like glue and everyone of them knows that if they were in trouble, they could count on Jack.

he is known among his circle as being generous with his time in giving others a helping hand or advice based on his own hard earned experiences. 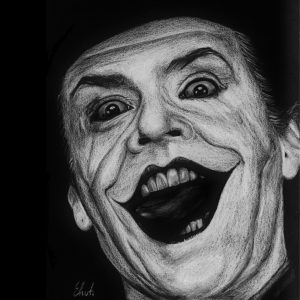 When Ann Margret was dealing with a difficult shot for the film Carnal Knowledge, while lying on the bed, she had to psyche herself up to get the correct emotions. Jack solved the whole things by bouncing violently on the bed, throwing pillows at her and yelling.

She actually got frightened of him and said ‘it was just so unselfish of him to help me like that…’
another actress Mary Steenburgen who won an oscar for her role in Melvin and Howard made an acceptance speech in which she said she owed everything to Jack who cast her as his co star in Going South when everyone else said he was crazy to do so.

In the start of the 70’s with his success in Easy Riders and Carnal Knowledge Jack wanted to remain in the relatively unglamorous ‘new wave’ of Hollywood. He preferred to remain in the back waters of the rebellion and subversion.

He made no attempt to glamorise himself – even to the point of refusing to wear make-up for his films – and sought no attention with artificial, publicity-inspired biographies that the studios were used to pumping out. At the time he didn’t even have a publicist which was unheard when he started becoming famous.

Jack refused to become a Hollywood commodity in spite of the financial rewards such films offered. Money was secondary to the type of roles he would accept.

A man who inspires of his anti establishment beginnings, seemed to have turned into an American institution.

Living Life To The Full –

Jack definitely knows how to live life to the fullest. In relevant interviews he was quoted as saying:
‘I’m one of the few people alive – not just in this room – but alive, for whom that questions isn’t even hypothetical. I’m a pawn in nobody’s game.’

‘I’m a man in transition.’
And so it seems that coming close to his eighties he’s very much a man who’s still in transition and not even close to kicking the bucket (list)… yet. 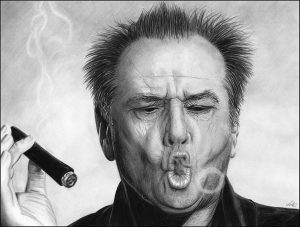